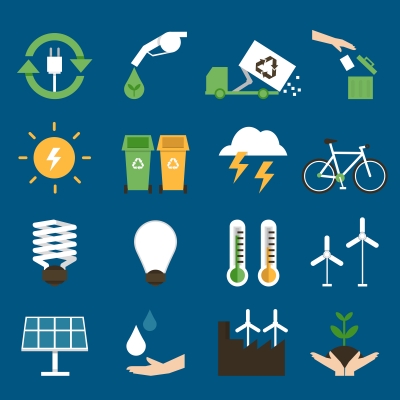 While members of the Methodist church and followers of Islam have applied particular principles to their investments for many hundreds of years, it wasn’t until the 1980’s that dedicated socially responsible collective investments were born. In recent years, socially responsible or ESG (environmental, social and corporate governance) investing has really gained traction with retail investors.  Data from the Investment Association shows ethical funds had net retail inflows of £174M in May 2019, compared to just £119M in May 2018 and £65M in May 2017. Total ethical funds under management hit £18.4 billion at the end of May 2019,compared to £16.5 billion the year before and £13.7 billion in May 2017.

“ There is one and only one, social responsibility of business: to use its resources and engage in activities designed to increase its profits so long as it stays within the rules of the game, which is to say it engages in open and free competition without deception or fraud.”

Whilst controversy still continues over Milton Friedman’s article published in The New York Times in 1970, there is a growing body of empirical evidence to suggest that firms can in fact increase their value by incorporating ESG considerations into their business.

Both academia and the asset management industry have drawn on an ever-expanding data pool to conduct numerous studies into whether a relationship exists between ESG and financial success. Studies by bodies such as University of Hamburg, Deutsche Asset and Wealth Management, Harvard Business School, Barclays analysts, and the Swedish Foundation for Strategic Environmental Research show a positive correlation between ESG ratings and performance. However, a 2015 article in the Journal of Asset Management by Dorfleitner, Halbritter and Nguyen points to lack of a standard measurement for the ESG of an organisation or fund. The lack of standardisation makes it difficult to distinguish if performance is a cause or an effect of ESG. Perhaps the greatest value of these studies is to establish that a link exists.

A more recent study carried out by Bank of America Merrill Lynch In September 2018 ( “The ABCs of ESG”) shows that if an investor had bought only stocks with an above average Thomson Reuters environmental and social score only five years ahead of the event, they would have avoided 90% of the S&P companies that went bankrupt between 2005 and 2017.  Furthermore, in the current pensions freedoms environment where reliable income is the holy grail it is interesting to note that BofA’s study suggests that adding ESG metrics to other fundamentals when selecting investments for dividend would have increased returns by ~200bps per annum.

However, even if there is a growing body of evidence of a positive relationship between ESG rankings and corporate performance, how does this translate into better profits for investors’ portfolios?

The majority of studies looking into the financial implications of investing in ethical mutual funds appear to suggest that there is little difference in the average performance between conventional and ethical mutual funds.  So, this means that ethical investors have as good a chance as any of “having their investment cake and eating it”.  To me, this infers that an ethical investor will do equally well or badly for their pocket whilst doing some good for their souls and society by investing ethically.  The fact that most ethical funds were never designed to outperform in the first place preordains the fact that they are likely to do no better (or no worse) than their conventional counterparts.  Has anyone come across a “high Alpha” ethical fund?

Looking at the stock market, ESG rankings prove yet another exception to the Efficient Market Hypothesis (my brain always conjures up an image of a sieve when I think of this-is it just me?) as there is still scope to exploit the market imperfections caused by ESG scoring. ESG is still low on the list of many financial analysts and professional investors because it frequently defies the conventional discounted cash flow valuation methods e.g. How do you factor in the impact of climate change on a mining company’s future ability to extract coal deposits, when the financial consequences of climate change are so very hard to quantify?

Short termism within the investment industry hinders the longer term beneficial effects of corporate ESG such as lower capital costs, less volatile performance and better business reputation.  Fierce competition among Banks make them fearful of ignoring customers with less than perfect ESG credentials, company managers and financial analysts are preoccupied with quarterly results and many fund managers are still incentivised to act speculatively.  As a result, the financial sector has a predisposition to attach greater weight to short term costs and benefits than longer term ones.

It is surely common sense that whilst a company might get away with exploiting customers or workforce or degrading the environment in the short term, such behaviour will eventually catch up with them; if not through market forces then by ever-tightening legislation.   The collapse of Enron, the Deepwater Horizon oil disaster and the VW emissions-cheating scandal are all spectacular ESG failures still fresh in the public psyche.

However extreme asset inflows can create bubbles and we have seen robust increases in ethical investing as evidenced by the data at the start of this article.  Adding ESG as an overlay to the fundamentals of investing- making sure that the price is right and that the investment is likely to grow in the future should help mitigate against overpaying for stocks or funds.

It is not often quoted that Milton Friedman also said that the responsibility of a corporate executive is to,

Image courtesy of bplanet at FreeDigitalPhotos.net

Mike owns and runs Clear Paraplanning Limited which offers outsourced report writing and other services to IFA’s. A former IFA and early adopter of cash flow forecasting as a tool for private client financial planning, Mike has also served as an IFA investment committee member and office manager. Clear Paraplanning strives to provide an excellent service to its customers by keeping its client base small and manageable. 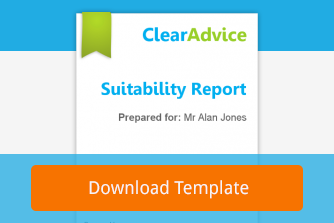